Davey will be supporting Llanelec’s aspiration to grow and develop by leveraging his experience from a number of companies and market sectors.

With over 30 years’ experience in Defence, Davey commenced his Manufacturing and Engineering career as an Aircraft Technician in the Royal Electrical and Mechanical Engineers (REME) Corps of the British Army. His career in the military was cut short through injury, when he sustained a rupture to his cruciate ligament playing football, so he made the move into the commercial world.

Up until 2016, Davey’s career was in the Aviation Sector where he was qualified as an Aircraft Engineer both on Military and Civilian aircraft. In the commercial environment he delivered many Projects and Programmes before taking on Director roles (Engineering, Technical, Operations) within several blue-chip Defence companies, such as Cobham, Babcock and latterly General dynamics.

He now holds the position of Operations Director at Llanelec where he looks to bring his wealth of experience to good effect and support the company’s vision. The knowledge he has, along with time spent operating at a senior level in larger companies, will be vital to enable Llanelec to be ready to expand and grow, ensuring that the foundations for success are implemented.

On joining Llanelec, Davey said: “I am excited to be joining Llanelec, a company with a strong heritage in supporting defence, in particular the British Army, where I believe there is complete alignment both on future aspirations and business methodologies to achieve them”.

Llanelec Managing Director, Spencer John, said: “I consider that Davey will be a vital piece of the puzzle that will allow the company to achieve its full potential”.

For more Llanelec news and updates, be sure to follow us on LinkedIn:

UK Ministry of Defence Approved Supplier for over 35 years 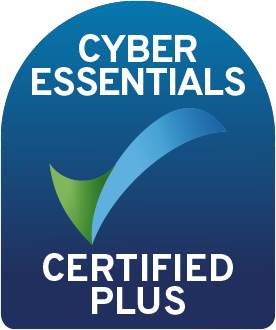 We use cookies to ensure that we give you the best experience on our website. If you continue to use this site we will assume that you are happy with it.ACCEPTCOOKIE NOTICE